Run for Pompey set for Heroes Day weekend in Exuma

BAF Financial & Insurance (Bahamas) Limited yesterday announced the first ultramarathon in The Bahamas as a part of the Run for Pompey event to be held October 9 through 12. An ultramarathon is considered any marathon longer than 26.2 miles. ​ It will take place on October 12, National Heroes Day, in Georgetown, Exuma. “We are making this a cultural and heritage weekend,” said Kevin Taylor, founder of the event. “We’re going to be having some Exumian storytellers talking about the history of the islands and the first people of the islands at Chat N’ Chill restaurant. “We’re also going to be having some cocktail receptions as well as a gathering at the Pompey Memorial in Steventon.” The Run for Pompey event will feature different races. There will be a 5k fun run, a half marathon, a full marathon, and for the first time in The Bahamas a 50k or 31 mile ultramarathon. The races will end in Georgetown’s Regatta Park for a Senior Frogs finish line fiesta, an all-day cookout sponsored by Sands beer, live Bahamian entertainment and a Junkanoo rush-out. Taylor said there will be awards for race participants in different age categories. Proceeds from the races will go toward an annual scholarship fund for a student of Exuma, and a portion of the funds raised will go toward the Exuma branch of the Cancer Society. The Run for Pompey organization hopes to rally the support of the Exuma community as volunteers at water spots and vendors to sell food at the end of the finish line. Taylor said, “We’d like to grow it as both an international event for international runners to come and also those of us that live in Nassau that are runners to go out to experience an island we probably don’t get to go to as often.” Virginia Kelly, general manager of the Sports Tourism Department in the Ministry of Tourism, said while most people know about the country’s sun, sand and sea, the Run for Pompey event will give people the opportunity to learn more about Bahamian history. She added, “This is an opportunity where sports tourism meets culture, meets sun, meets sand, sea and history. “We are pleased to have this event come to Exuma this October.” Olympic gold medalist Pauline Davis-Thompson will serve as patron for the event. “It is indeed a pleasure for me to represent something so amazing, something so great, ” said Davis- Thompson. “The Run for Pompey will be an authentic Bahamian event in every way. “We will celebrate a great Bahamian hero, and there will be great Bahamian food as well as music in the Regatta Park.”She added, ”It will be the most meaningful event in the sport tourism calendar here in The Bahamas because it’s one of us, it’s our very own, and as Bahamians we must celebrate each other. “We have to remember we are always Bahamians first no matter what.” President and CEO of BAF Financial I. Chester Cooper explained the company’s support of the historical event. “This is a rare opportunity to support a major event so closely linked with our Bahamian history, legacy and culture,” Cooper said. “This is a most inspiring event, as Pompey was a leading figure in the fight against slavery. “The revolt which he led in 1830 is heralded as a precursor to emancipation in The Bahamas which occurred in 1838.” Pompey was a slave who led a rebellion against his plantation owner John Rolle after it was declared 77 slaves in Exuma would be transferred to Cat Island. Cooper added, “This exemplifies the strength and resolve of the people of Exuma and The Bahamas at large. “Pompey is unquestionably a true national hero and celebrated emancipator. “It’s therefore only fitting that this new event takes place on National Heroes Day. “Despite all the things that divide us, Pompey is a powerful uniting force for freedom and empowerment.” Sponsors of the event include BAF Financial & Insurance (Bahamas) Limited, The Bahamas Ministry of Tourism, GIV Bahamas Inc., Grand Isle Resort & Spa, Bahamian Beverage & Brewing Company, Senior Frogs and BahamasLocal.com. Entry fees for the races range from $25 to $90 and children under 16 run for free. All participants will receive an official Run for Pompey T-shirt and other memorabilia. Grand Isle, the official resort partner for Run for Pompey, is offering a special discount for all participants. In order to receive the discount participants are encouraged to visit www.grandislandresort.com and enter the promo code “POMPEY”. Local and international participants can register on the Run for Pompey website at 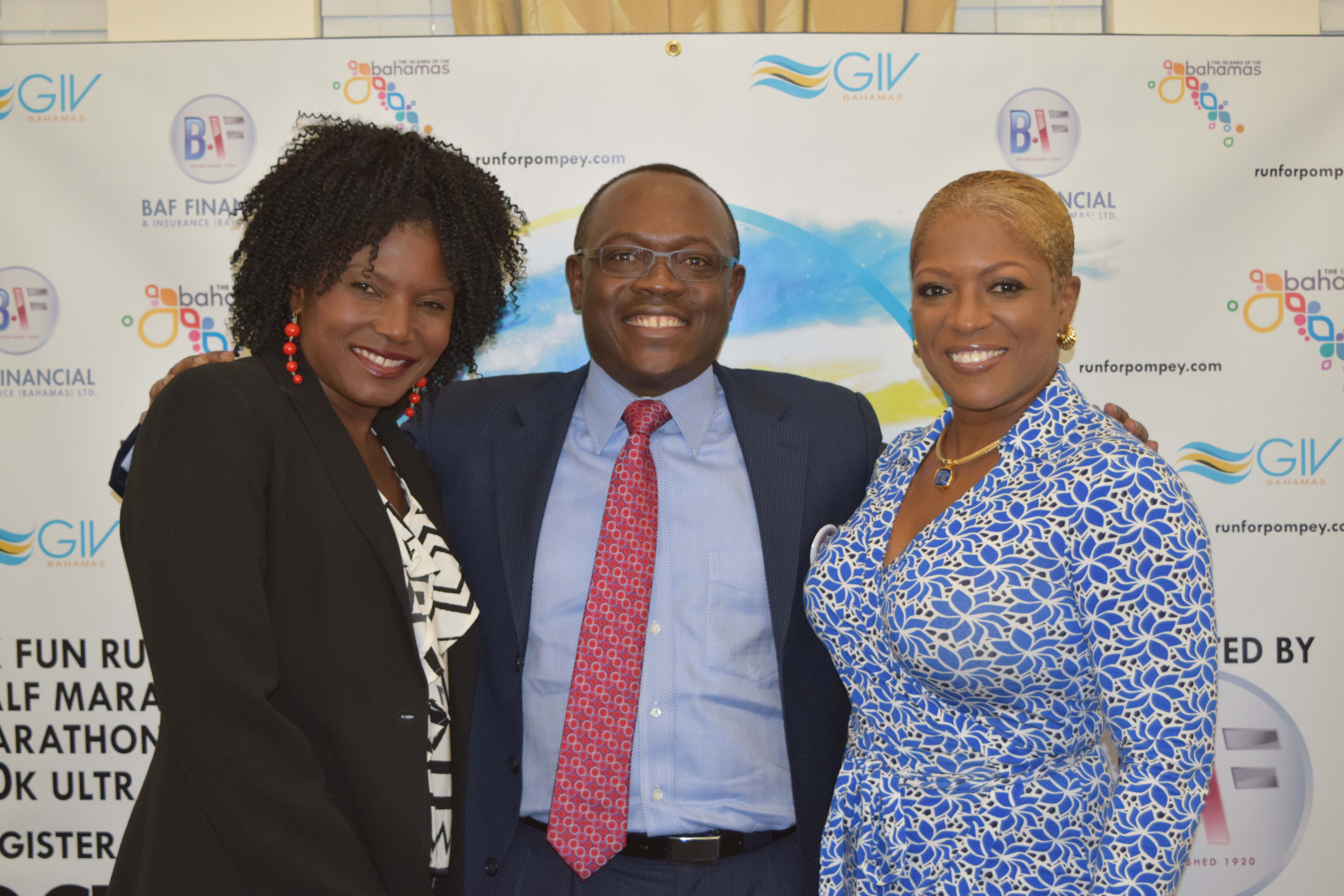 or with staff at any BAF location.