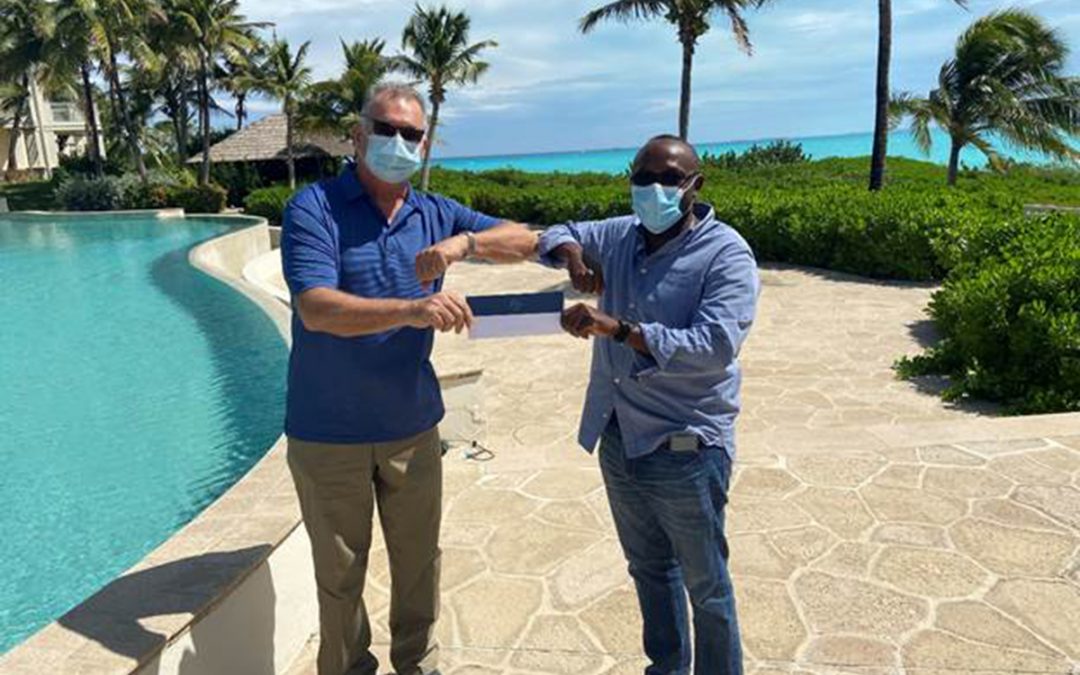 It is often said that absence makes the heart grow fonder.

Next month, hundreds of people will not gather at Regatta Park on Exuma for the sixth Annual Exuma Half Marathon, featuring the Run for Pompey. This gathering of runners from all around the world traditionally provides an economic boost to the island and raises funds for an annual scholarship so a bright young Bahamian can attend the University of The Bahamas (UB).

Nevertheless, while the big race on Exuma won’t happen this year due to concerns over COVID-19, the spirit of giving is alive and well. In lieu of a registration fee, participants have been registering online to “run virtually” in their home cities, generating more than $12,000 so far for the Exuma Food Bank and tablets for students.

“Exuma is a special place. Those who have visited before understand that the people are just as beautiful as the island’s world-class beaches and water,” said Peter Nicholson, president of GIV Bahamas Inc., the largest owner at Grand Isle Resort and founder of the Exuma Half Marathon. “We knew a race with big crowds wouldn’t be possible this year, so we decided to hold a virtual race and the response has been fantastic. People from all walks of life, around the world, want to sign up and give back to those in need.”

Last weekend, Member of Parliament for the Exumas and Ragged Island Chester Cooper accepted a check of more than $10,000 for the Exuma Food Bank from Dean Spychalla, owners’ representative at Grand Isle Resort & Spa. Although the event is not until November 21, event organizers were keen to make a donation right away so the funds could be put to use.

Donations will go toward food baskets for hundreds of people on the island, including basic necessities such as flour, rice, water, milk and canned goods.

Another $1,240 donation will allow 10 Exuma students to receive new tablets, with organizers, including race patron Pauline Davis-Thompson, noting the connectivity between a virtual race for a virtual education cause.

Participants can learn more and register their team by visiting the event’s website.

“These are hard times for all Bahamians,” said Cooper whose company, BAF Financial & Insurance, has served as title sponsor of the event since its inception. “It is comforting to know that those that have visited our shores for this event are still thinking of the island. We thank these donors from the bottom of our hearts. These donations will go a very long way to helping Exumians get through this pandemic.”

This year, the virtual race allows runners to suit up in official Run For Pompey T-shirts and participate in the Pompey Dash, a five-mile (eight-kilometer) walk or run in support of the Exuma Food Bank of Leno Learning Link, an official partner of the Ministry of Education to support distance learning by providing a tablet or computer to as many students in The Bahamas as possible.

Runners are encouraged to share their experience on social media and share why they choose to “Run for Pompey”.

The race is named after Pompey, a 32-year-old slave who in 1830 led a rebellion on Exuma to stop the transfer of 77 men, women and children – an act that would have separated families from their loved ones. Pompey’s movement helped stop the transfer order, and today, it is widely seen as a key moment in the Bahamian fight for freedom.

Legendary “Golden Girl” Davis-Thompson has served as the event’s patron from the beginning. In past years, she would visit all the schools on the island to give inspirational speeches, and personally drape commemorative medals around the necks of runners as they cross the finish line.

The event has become an important tradition for the island, and one that event organizers still wanted to commemorate while also doing something positive for the community.

Nicholson added that, although registration fees will go toward the food bank this year, the Exuma Foundation of Canada will still award the usual Pompey Scholarship to a worthy recipient next summer, so yet another young Bahamian will have a chance to attend UB.

“COVID-19 may have driven us more apart physically, but it can also bring us closer together,” he said.

The race, which allows runners from around the world to show their support for Exuma, is set to return to the island itself in a more tangible capacity next year. 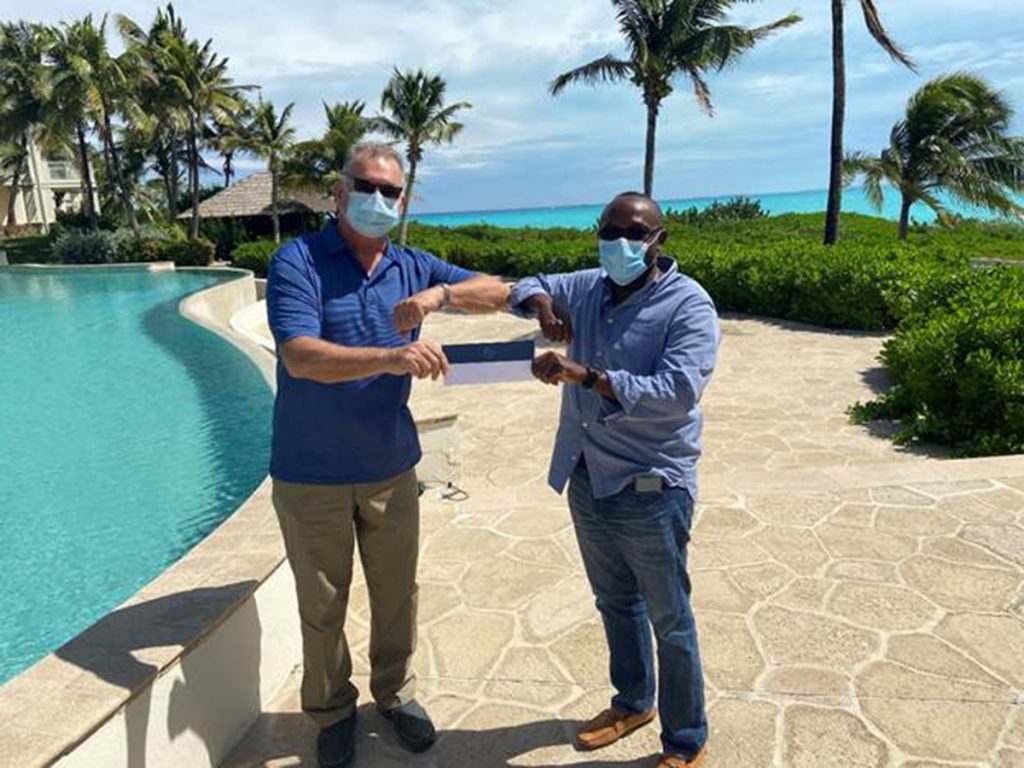 Member of Parliament for the Exumas and Ragged Island Chester Cooper, right, accepts a check of $10,800 for the Exuma Food Bank from Dean Spychalla, owners’ representative at Grand Isle Resort & Spa, as funds gathered for the virtual running of the 6th Annual Exuma Half Marathon, featuring the Run for Pompey. Additional proceeds from the virtual race supported by runners from around the world will purchase tablets for Exuma students. This is the sixth year the Run for Pompey will be held and the first time it is a virtual marathon. There’s still time for more registrations, which are converted into donations to the community. ROBERT SANDS/GRAND ISLE